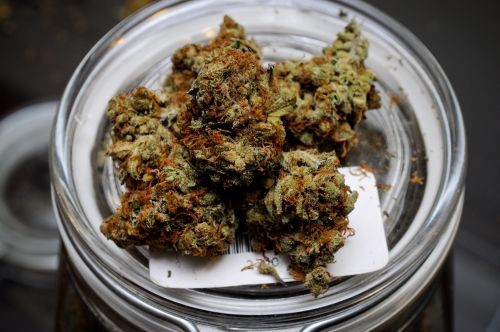 Judy Steele, the former deputy director of Denver’s Department of Excise and Licenses (DEL), shared three strategies that helped Denver become the first U.S. city in 2013 to successfully regulate recreational marijuana. Steele, who is now Accela’s director of Cannabis Regulation, outlined the strategies in a webinar last September with the intent to assist localities that are launching marijuana licensing programs or improving their current cannabis licensing strategies.

When Colorado voters approved an amendment to legalize recreational marijuana in 2012, Steele said it required the city to pioneer new regulatory procedures, embrace an unprecedented level of collaboration and to deploy a new set of digital tools. Her hope, she said, is for other cities and local officials to benefit from Denver’s efforts.

To avoid confusion and set a foundation for sustainable regulation, Steele said that constant collaboration was critical. This level of communication applied not only to Denver’s city departments that would be involved directly in the licensing process, but also with state and county agencies. Steele noted retail marijuana regulation required local procedures to be in in sync with policies at the state level since they were evolving at the time.

“It was a very busy time for Denver,” Steele shared. “The City Council was working very hard to get the ordinances in place that would govern retail licensing and DEL worked closely with the state licensing department to get things together.”

Steele said cities embarking on recreational marijuana licensing for the first time should establish state and county communication channels from the outset to prevent missteps. Typically, she said, states manage licensing for marijuana owners and staff, while the cities and counties manage zoning and inspection procedures. Both state and local agencies can track ownership of retail stores and marijuana facilities. As cities work with agencies, Steele believe it is important to agree on which authority signs off on a license and when, how data gathered from the licensing process will be archived and communicated and which departments will take the lead on enforcement.

“Sometimes state and local [agencies] need to partner together to be able to work through those issues,” Steele said.

2. Save Money and Time Through Digital Processing

Once policy and procedure are settled, Steele urges officials to consider technology as a way to automate and expedite the complexities of licensing. Denver chose the Accela’s Cannabis Regulation for Local Government platform and its partner TruePoint Solution to handle such tasks like data management, policy coordination, online resident applications and mobile field inspection communications. The digital strategy not only lightened workloads but also saved money.

Denver estimates that the approach will save the city and county a future cost savings of more than $3.5 million over five years. Much of the cost reduction comes from less staff time processing paper records and managing licensing data. On average, the city reports that a single department in Denver that processes 1,100 pages per day saves approximately $50,700 annually when they use Accela’s platform.

“That made it really easy because the [licensing] information was scanned in upon intake of an application,” Steele said. “That information didn’t get misfiled, it wasn’t misplaced, when somebody needed to access the information it was always in the record.”

The shear novelty and lucrative nature of the cannabis industry can produce a massive spike in license requests. Steele said this was the case in Denver, where DEL saw a tenfold increase in marijuana licensing applications and public record requests tied to marijuana licensing.

The influx came when Denver implemented the city’s Medical Marijuana Code in 2010. That jump was followed by another in 2013 when Colorado embraced recreational marijuana. The demand for new licenses was also compounded with an array of related transactions. Shortly after recreational marijuana was approved, license owners began selling licenses, adding co-owners to their businesses and amending the size of their facilities and services.

These changes required additional field inspections, information gathering and approval tasks. Denver knew it needed the bandwidth to scale its operations to the new demand and used technological solutions like mobile inspections, real-time data collection and digital processing to handle the deluge of new activity.

“With most government agencies you can get behind when you’re short staffed, so having the digital records there and immediately at your fingertips just creates a lot of savings in time,” Steele said.

Looking for more advice on cannabis regulation? Register for CannaWest where Accela’s cannabis solution experts will be available to offer insights on how governments can prepare themselves for the emerging industry