When Abraham Lincoln spoke the phrase, “government of the people, by the people, for the people,” he envisioned a government that existed to better serve its own constituents—one that was open to change and innovation, and would better the lives of every citizen.

Although it’s easy to get caught up in the wave of cynicism that’s so popular these days, there are government agencies around the world that consider improving the lives of constituents a top priority, and are creating new and innovative technologies that embrace that populist ideal by making it easier for citizens to engage with their governments.

The Accela Engage Customer Awards were created to honor agencies that are using technology to build better communities by providing online and mobile services, which streamlines processes and enhances collaboration. This year, Accela recognized nine government agencies with awards in a variety of categories. 2014 winners include:

Baltimore County Code Enforcement unveiled their its mobile app, enabling citizens to register and track neighborhood nuisance issues like overgrown lawns, uncovered garbage and rats online. Their use of the Accela Code Enforcement app allows code enforcement officials to spend more time in the field, where they can access complaints on iPads to make complete reports with photos, without ever having to put pen to paper. This simple app saves paper and printing costs of approximately $75,000 annually. 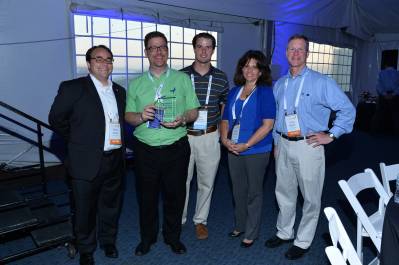 The Town of Framingham was looking to reduce the number of steps involved in resulting an inspection. By utilizing Accela’s Construct API, the Town tailored an app that could present the minimal amount of fields needed to identify permits and complete inspections for Code Enforcement Officers. After building the simple prototype, fields were changed and apps were created for Electrical Inspectors, Plumbing Inspectors and Building Inspectors. 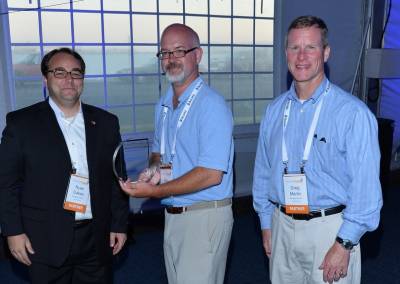 Alan Holt accepts the Innovation Award for the Town of Framingham.

A longstanding Accela customer, Salt Lake City has deployed the Accela Civic Platform in numerous departments to streamline permitting, licensing and code enforcement activities, streamline paper-based processes and provide broad access to GIS maps. The City has launched apps for improved citizen service and worker efficiency and has been an early adopter of CivicData.com, the open data portal built into the Accela Civic Platform. By leveraging the full Civic Platform, the City benefits from increased productivity, more engaged citizens, the value of transparent data and a platform to help them build and grow for the future. 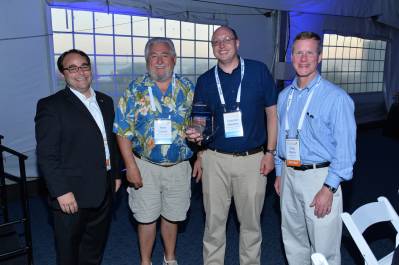 The Metropolitan St. Louis Sewer District (MSD) was looking to simplify the permitting and inspection processes for contractors and developers. St. Louis County’s Public Works Department was using the Accela Civic Platform for Permitting and Inspections and after identifying the gains that would result by working together, including newer technology, a shared configuration and permitting best practices, the MSD decided to make the switch. Today, both agencies have a view into the system to determine status and outcomes of reviews or inspections, which assists them with better coordination. The solution provides the flexibility to manage each agency’s unique requirements while simplifying the process for the development community. 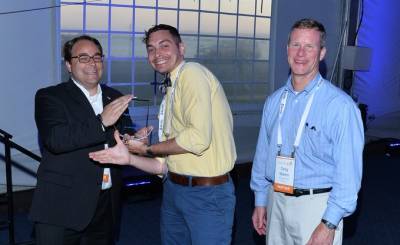 Ventura County has raised the bar with its implementation of Citizen Access. The County has broken the traditional mold and leveraged the ability to use custom style sheets, giving the portal a look and feel that mimics the County’s website. In addition, the County has improved customer adoption of the new site by providing hot links to specific operations and offers help features focused on the most commonly used sections of the portal. 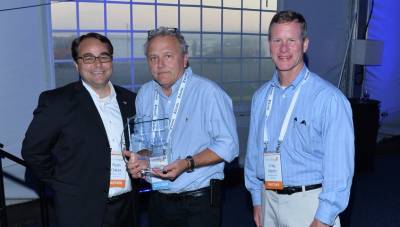 San Diego County’s commitment to citizen engagement is evidenced by the simplicity with which citizens can research and submit information. The County recently launched its citizen-facing website to manage inspections, and today Planning and Development Services customers with active building permits may now request construction inspections online and these requests can enable next-day scheduling. Citizens can use the online service to reschedule or cancel inspections, view the inspection history and utilize the site to get their building inspector’s estimated arrival time. Additionally, the County has developed 13 citizen-facing apps, allowing its constituents to take advantage of services regardless of time or location. 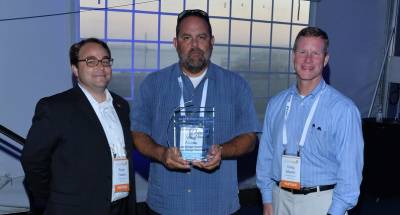 The success of an implementation is dependent on the prioritization of the project by the core team. Rancho Cucamonga recognized this need and created an internal newsletter to provide critical information and help the agency to gain acceptance and understanding of the project. They created games and contests to promote ownership of the investment and upgrade to Accela that would impact the entire community. At launch, Citizen Access, branded “Accelerate,” was promoted to the community through lobby banners, kiosks and campaign buttons. 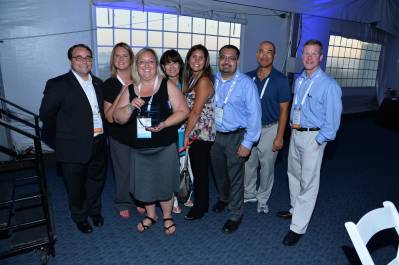 Environment Canterbury, which controls the taking and use of ground water, modification to land and discharges of pollutants to land, air, water and coast, selected Accela to help automate and regulate its Resource Management Permits. Environment Canterbury issues around 2,500 new consents annually and monitors and inspects around 5,000 existing consents for compliance and follow-up. They began implementation in June 2010 and went live in 2012, but in between had to manage through two of the largest earthquakes in New Zealand’s history. Despite adversity, Environment Canterbury was able to complete the go live with 140 users of the solution managing over 30,000 natural resource permits controlled by New Zealand environmental laws. 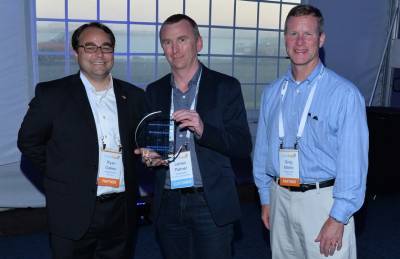 As the first State in the country to offer permits and licenses online, the State of Michigan has adopted a policy of citizen engagement that has been tremendously successful. Today, the State is averaging over 75,000 permits and renewals annually. David Viges, Director, Office of Management Services, has been a key champion of Accela and is leading the initiative to move the State’s services to the cloud. Viges’ push toward the State’s early adoption of these solutions has served to provide a greater level of service to customers while streamlining workflow and enhancing productivity. 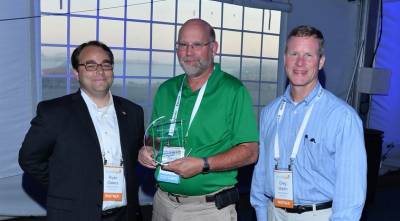 David Viges accepts the Trendsetter Award for the State of Michigan.

By becoming more transparent and friendlier to both local businesses and private citizens, these forward-thinking agencies are creating more perfect communities, and showcasing the fact that even small changes can make a world of difference.