Making the Case for a Local Version of the U.S. Digital Service in California 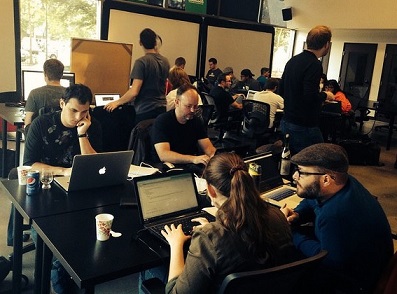 For background, the USDS was created by President Obama in 2014 to make it easier and more efficient for Americans to interact with government services. The agency offers designers, engineers, product managers and others from the private sector the opportunity to work for the government for a week, a month or a year, and the work being done is impressive and impactful—from  improving services for America’s veterans, to modernizing our immigration system, to helping Americans access healthcare.

In a blog post on TechCrunch back in March, I called on California Governor Jerry Brown to take the lead and create the first statewide digital service:

“We need local versions of the USDS, as well. I imagine there are plenty of governments that could use a little help from a Facebook, Twitter or Google engineer to bring the user experience with government into the 21st century. And I venture some of those civic-minded technologists in California would rather take a drive to Sacramento than a cross-country flight to D.C.”

Establishing a CDS could help create a more customer-centric state government for residents and visitors, and potentially save taxpayers millions of dollars. Clearly, this is an idea that every state could, and should, get behind.

Last month, the Little Hoover Commission made a similar recommendation:

“The state should establish an in-house digital services team to recruit top innovators into state service and make Sacramento an attractive environment for creative technologists, engineers and designers to engage in public service. Given room to unleash their talent, these hires will work with customer service champions to help agencies and departments redesign processes, encourage innovation and use technology creatively to improve customer service.

The team should work with partners outside of government to offer fellowship opportunities that would attract those with limited time to work on shorter-term projects, but also create an office out of which those with longer-term aspirations could operate. The agency should grant the team the flexibility to approach their work using human-centered design techniques that allow for experimentation through small pilot projects.”

While there are rumblings that the California Government Operations Agency (CalGovOps), the state agency in charge of overseeing technology, has a similar stealth project in the works, Gov. Brown’s support of the Little Hoover Commission’s recommendations would guide how California could expand and improve upon the USDS program.

So I ask, what if a small portion of the savings from a California Digital Service were deposited into a state civic innovation fund? The USDS has already saved the federal government tens of millions of dollars. On a state level, potential future savings could be set aside for supporting a growing ecosystem of civic tech innovators who are deciding to focus their tech talents on building companies to improve the citizen experience. I think you’ll agree this would be a truly revolutionary idea for a government of the people, by the people, for the people and something that would surely get my vote.