Denver, the “mile high city” and capital of Colorado, is an in-demand travel destination, known for its thriving cultural scene and emphasis on outdoor activities. The Denver Post reported that in 2016, Denver hosted 17.3 million overnight visitors, setting a new tourism record for the 11th consecutive year.

The rapid emergence of the short-term rental industry has left many cities and counties grappling with how to regulate transactions made through companies like Airbnb and VRBO. With thousands of short-term rental listings popping up online, Denver had to act. In 2016, the municipality introduced an ordinance requiring hosts to obtain a short-term rental license. Enacting legislation was only half the battle though — short-term rental ordinances have historically faced very low compliance rates.

“MEET CITIZENS WHERE THEY ARE”

Acting in accordance with Mayor Michael Hancock’s vision to “meet citizens where they are”, Denver resolved to make their short-term rental licensing process as user-friendly and convenient as possible. Denver’s legislation even mandated an entirely online process for obtaining the new license. Accela worked with Denver’s Department of Excise & Licenses and Denver Technology Services, to launch a registration portal for the City’s short-term rental licenses. The modern website appeals to tech-savvy hosts, replacing tedious paperwork and long waits at City Hall with a modern user interface that makes it easy and quick for short-term rental hosts to register online. The portal integrates seamlessly with the department’s Accela Licensing and Case Management system.

Within just six months of announcing the ordinance, and six months after the mandatory registration deadline, Denver had achieved an estimated 62% compliance rate, potentially the highest compliance rate in the nation.

Say’s Nathan Batchelder, former Legislative Analyst for the City and County of Denver, “Being able to quickly build this new, user-friendly portal and regulatory program into our existing Accela system was crucial to our timely success.” 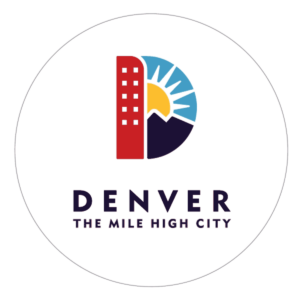 City and County of Denver, Colorado