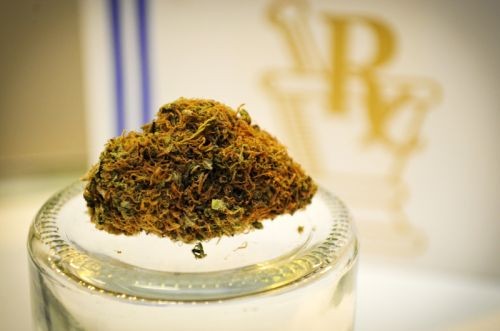 With the first medical marijuana licenses expected for release on July 12 and 546 applications already processed, Michigan’s Department of Licensing and Regulatory Affairs (LARA) announced Wednesday that licenses can be distributed as soon as approval is given by the state’s Medical Marihuana Licensing Board.

LARA’s Bureau of Medical Marihuana Regulation used technology found in Accela’s Civic Application for Cannabis Regulation to process hundreds of medical marijuana license applications that were submitted since December 2017. The bureau’s Director Andrew Brisbo said the licensing system aided the state to handle the demands of applicants in an uncharted and developing industry.

“Accela offered an out-of-the-box solution for the essential back office and customer-facing functions we knew were essential for a successful launch,” Brisbo said. “The system allowed us to be creative in our approach to implementing our processes and adjusting on the fly as our knowledge of the industry grew.”

Faced with a flurry of short implementation deadlines and complex technical hurdles, Brisbo said there was a need to develop a cannabis licensing system robust enough to handle back office processing and front-end functionality for citizens. Likewise, the system had to be scalable to accommodate the state’s roughly 10 million residents, and yet malleable enough, to adjust to a changing policy environment.

To accomplish this goal, LARA and Accela brought five Michigan departments together to develop the system. A key accomplishment in this collaboration included the integration of three different systems: the state’s licensing database, the Michigan State Police background check system, and a statewide inventory control and management system.

This week the Medical Marihuana Licensing Board had initially planned to award licenses to four large marijuana growing operations and pre-qualify 10 medical marijuana businesses for licenses. While approvals were postponed due to absent board members, LARA continues to process applications. Further, that department intends for the technology to expedite the licensing process for both staff and residents long term.

“A system designed to be used by the public through an online portal provides direct access to critical information and allows customers control over their application processing,” Brisbo said. “Further, it allows us to leverage our resources to best serve our customers and spend less time on data entry and responding to inquiries for information.”

Efficiencies found in processing medical marijuana licenses may carry over to recreational distribution if a proposal to legalize recreational cannabis sales is passed by state voters this November. There is a high likelihood of this passing with polls estimating support from 55 to 56 percent of voters for the proposal, according to Local 4 news.

This fact, combined with potential state policy shifts, only heightens the need for a nimble system capable enough to handle technical iterations and updates in state law.

“LARA was already successful in handling the regulatory components of other licensing programs – fire services, professional licensing and construction codes – and we needed to expand that functionality quickly and seamlessly to the new medical marihuana industry,” Brisbo said. “Having a flexible solution that can be adapted to changes in laws and regulations is essential for continuing to offer quality service to the state’s residents.”