State’s future plans include integrating construction, code enforcement and licensing in the cloud

Situated in the Great Lakes region of the Midwestern U.S., Michigan is the ninth most populous state in the country. In addition to being recognized as the center of the automotive industry, the State is also a center of manufacturing, services and high-tech industry as well as a tourist destination. Spreading services throughout this vast area, which reaches across 96,705 square miles, is a large and time-consuming task.

Charged with issuing permits for contractors across the state, the Michigan Department of Licensing and Regulatory Affairs (LARA), Bureau of Construction Codes (BCC), was distributing more than 40,000 permits annually back in the early 2000s. The process of applying for and receiving a permit used to be very cumbersome for Michigan contractors, often taking 15 or more working days.

Applications were mailed in to the State and then had to be processed manually by staff. Those who opted not to mail in permitting paperwork often drove between their office, the job site and the Bureau office to get the application processed, which cost valuable time away from the job site. Handling all of this paperwork was the responsibility of the BCC staff, who quickly found themselves buried in never ending stream of applications.

Michigan became the first State in the nation to offer permits and licenses online in 2003. Since deploying its Accela solution, the Bureau has been providing contractors with 24/7 access to services to apply for, receive and check the status of permits. Licensed contractors can apply for permits in a matter of minutes. The system automatically detects errors, and contractors can pay for permits online.

Not only are permits processed more quickly, but the overall building time can also be reduced. For example, inspectors in Michigan cannot go onsite until a permit number is issued, which used to take a full week to process manually. Now, a permit number can be issued in a matter of minutes, and an inspection can be scheduled immediately — instantly eliminating a week or more of waiting time.

In the first 180 days, the Bureau continually increased the number of permits processed online, each month processing twice as many permits as the previous month. Today, the State is averaging over 75,000 permits and renewals annually. The end-to-end solution allows the BCC, contractors and citizens with construction projects to save time and money. Processing permits online enables the Bureau to provide better, faster service to its citizens while alleviating the endless trail of permitting tasks for staff.

When Governor Rick Snyder took the reins in 2011, he brought with him a strong belief that technology will empower the State to do more with less. Under the Governor’s Cloud First and Mobile First strategies, LARA and the Department of Technology, Management and Budget (DTMB) are leading the initiative to move the State’s services to the cloud and bring on technologies that will provide a greater level of service to customers while streamlining workflow and enhancing productivity.

In addition to the BCC, three other LARA bureaus – including the Bureau of Health Care Services/Health Facilities Division, Bureau of Fire Services and the Michigan Public Service Commission’s Motor Carrier Division – are in the process of adopting the Accela Civic Platform for integrated statewide construction, code enforcement and licensing and case management with cloud-based subscription services. 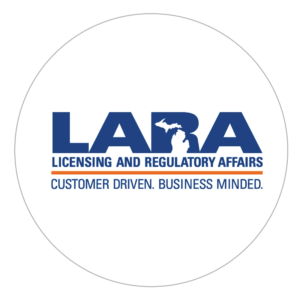 The process of applying for and receiving a permit was cumbersome and time-consuming, creating extra work for staff while also delaying inspection and building projects