Gwinnett County is a suburban county of Atlanta in the north central portion of the U.S. state of Georgia. In 2020, the population was 957,062, making it the second-most populous county in Georgia.

They have been a customer of Accela’s products since the late 2000s, starting with Accela’s Tidemark software and now using the Civic Platform. They use their Accela software for planning, development (permitting), code enforcement, fire, transportation, and other functions as well, and have deployed over 300 seats of Accela Software.

Gwinnett has traditionally been a self-hosted agency, managing their Accela software within their own data centers. The Civic Platform solutions they have deployed have been configured and customized for very specific needs within
the County. While the solutions worked well for them, the customizations made it hard to maintain the software over time as major platform upgrades would require some reworking of their solutions. This has made it difficult to stay on current versions.

In 2019, while on Version 9 of the Civic Platform, they wanted to expand usage of the software, with new departments, third-party integrations, and overall functionality. The problem was they did not want to do that work on a version that was so many releases behind. The last thing they wanted was to make it even more difficult to maintain their solution going forward.

Gwinnett considered their options. They knew a major platform upgrade to their systems, utilizing Accela’s Civic Applications, would be a good way to go for supportability in the future. Civic Applications are prebuilt configurations on the Civic Platform that meet the needs of customers, but also ensure those systems can be more easily updated over time without breaking customizations.

They also knew that the needed upgrade, in conjunction with a move to SaaS, was another option on the table. It would solve the problem of staying on current versions but would change the way they supported their software.

Which Way to Go

In making the decision, they consulted with Accela’s SaaS Migration team, who helped them fully consider the nature of the options. The move to SaaS was scoped and further defined to truly understand the costs, timing, and likely outcomes.

After consideration, Gwinnett decided to move to SaaS.

The decision was based on three primary objectives:

The decision to either upgrade and tune their solutions and stay on premises or move to SaaS was also driven by the fact the costs were comparable. Traditional value they would get from the move to SaaS vs staying on premises was significant and made the decision an easy one.

The Benefits of SaaS

The project started in September of 2020 and included updates. This included a number of system enhancements that improved usability, reduced costs, and improved system performance.

Now live in Accela’s Azure cloud environment, the transition has given them a strong foundation for expansion of deployment of the technology, and increased value over many other projects. Other benefits they’ve realized with the move:

Many companies have faced the same decision as Gwinnett County, when considering an upgrade of enterprise software within their data centers or a move to SaaS.

At Accela, we’ve consulted with many of these agencies and have found the costs comparable. But the move to SaaS brings so much more and the decisions end up being quite easy. Many have modeled costs over time, and SaaS subscriptions have proven, in many cases, to be lower than the costs of maintaining a data center. Also, the upgrades of infrastructure software, hardware, and applications create significant and unpredictable spikes in capital expense well into the future.

Gwinnett has a better, more secure system, and this upgrade is the last upgrade they will ever have to do. 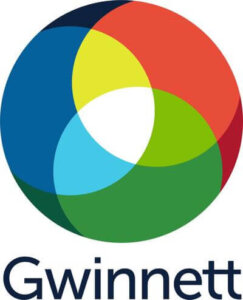