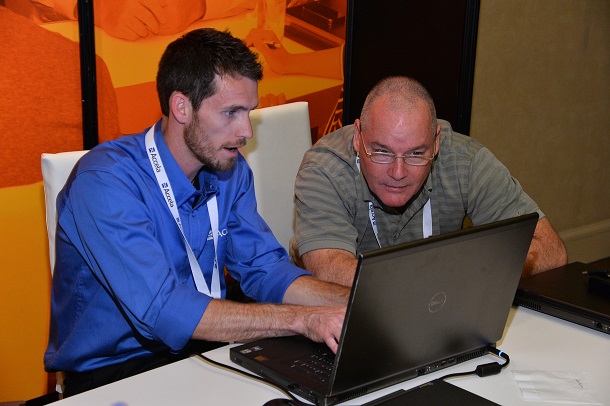 How long have you been with Accela?

I’ve been with the company for about five years now. I started in Professional Services as a technical consultant, handling all of the technical things during an implementation such as data conversion, port development, scripting development, interfaces and configurations. I spent the first two and a half years on the enterprise license deployment of the New York City project. I literally got rid of my apartment in Salt Lake City, Utah, and was traveling basically 100% of the time. I actually met my wife, who worked for Accenture, on that project the last year I was there.

Tell us a bit about your background and how you ultimately ended up here.

I was born into technology. My father ran a government technology company back then for the not-for-profit side: homeless shelters, Welfare to Work, things like that. He provided a software platform that was customizable for their business processes, like an Accela for nonprofits. I started as a janitor for him at 11 years old. My sister and I worked together to make cash on the side. The janitor job turned into learning how to program and wire networks. When I was 16 years old, I got a real job at his company as a programmer.

He later ended up selling his company, and I moved to Alaska and worked for another company that would contract me out to different government agencies, like the Department of Labor. I was a technical consultant/programmer, helping them implement a job search utility for the State of Alaska. At that job, I met some people doing contract work for some charter schools all over Alaska, and they offered me their contract. That was the day I started my own company, doing work in Alaska, Utah and Arizona. I ran my own business for about six years.

It sounds like Accela was the next logical progression in your career!

That was what my big sister thought, because I was running my own business in Arizona and she’s the one who recruited me into Accela. (Editor’s note: Aaron’s big sister is none other than Amber D’Ottavio, Senior Manager of Product Management at Accela. A passion for government technology runs in the family!)

What are some of your current or recent projects?

I really enjoyed working on the Civic Platform 8.0 preview release this summer. The new UI really is intuitive. After getting up to speed with the Product Management team, we setup the preview release environment and started figuring it out without too much direction. Then my team went onsite and helped our preview customers through the upgrade. We observed their experiences, recorded their feedback and then articulated that back to our Product Management team to make it even better. The Customer Success organization is really bridging the gap between our customers and our products more than ever before. 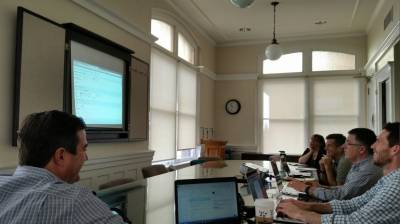 Aaron and team member Patrick Kealy at the 8.0 preview release
kickoff meeting for staff with the City of Alameda, California.

One of the main things we do is interview our customers and experience a day in the life of the users at an agency. I might literally stand at a permitting desk with a permit tech for an hour and a half and just watch how they use the system. During the Alameda preview release kickoff meeting, we did just that. We watched them work in the old UI and then the new UI. We’ll go to work with the inspectors and see how they use their mobile devices. Then we’ll go back to the agency’s internal team — the Accela administrators and developers in house — and talk about things they can do to improve the user experience. One of the neat things about the 8.0 preview release is the UI. It’s an awesome tool and all about the user experience.

What do you love most about your job?

I really like all of the unique challenges that I get faced with on a daily and a weekly basis. While our customers are all using the same platform, they uncover really interesting problems and I really like coming up with creative solutions. For example, a customer with over 600,000 in population was trying to bring on as many agencies as quickly as possible. They needed to figure out a way to implement our software in a parallel project fashion, and I was asked to come in and determine the best practice.

What are your interests/hobbies outside of Accela?

I love playing fingerpicking blues guitar. That’s my daily, nightly activity. My big hobby is mountaineering — everything from backcountry skiing to hiking and rock climbing. I love the mountains, and I laugh because now they are nowhere near me. My wife just started medical school at the University of Alabama, so we just moved to Alabama and have been here for two months. My wife and I are going to Patagonia for our one-year anniversary, or honeymoon, actually. We got married two days before Christmas and had our reception the day after Christmas. 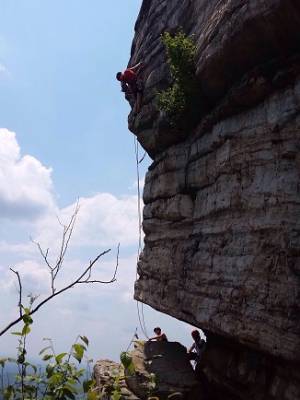 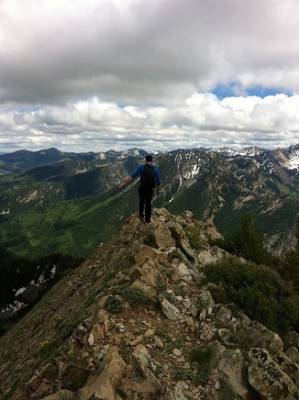