Bringing a New Era of Citizen Engagement to the Big Apple 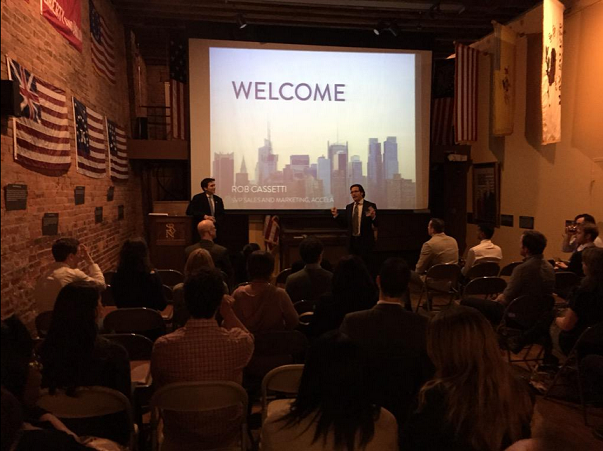 New York is a hub for civic technology and open government initiatives. With one of the most detailed open data policies and the newly launched Civic Hall center for civic innovators, the City is on the forefront of true civic engagement – applying technology to better serve citizens.

This past Wednesday we held a gathering for civic-minded developers, government officials, influencers and media at the historic Fraunces Tavern in New York to celebrate the civic technology boom in the city. The Tavern boasts a rich history as the setting for George Washington’s famed farewell to his officers in 1783. It served as the perfect backdrop to talk about changes in government and how open data and automated services can improve relationships between agencies and the citizens they serve every day.

We kicked off the event with comments from New York City Council Member Ben Kallos on the critical role of technology in government. Ben has been a tireless champion of the benefits of open government, and at the beginning of his career he was responsible for putting Albany voting records online so that citizens could hold politicians accountable. Since then, he’s been actively engaged in discussing ways to move citizen services online and make City agencies more transparent. Council Member Kallos concluded his talk with the following inspirational challenge: “Hack your government. It belongs to you.” 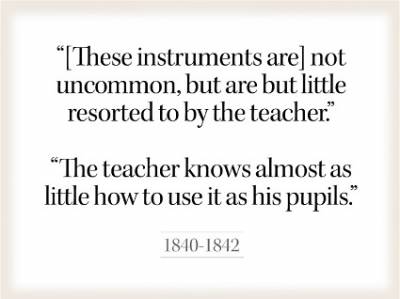 Sharing a quote describing teachers’ reactions to the chalkboard,
a disruptive technology in education in the 1800s (Source: Innov8tiv).

I also discussed our recent partnership with the City of Evanston to bring restaurant inspection information available in real time on Yelp, and our work with the State of New York to simplify the process for obtaining hunting and fishing licenses and recording harvest reports online.

We heard from Accela Developer Evangelist and former Philadelphia Chief Data Officer Mark Headd on the value of open data to government, traction in the creation of open data standards and Accela’s support for BetaNYC, an organizing force for civic engagement in New York. We’re thrilled to support BetaNYC and look forward to participating in projects that demonstrate the power of civic engagement in the city.

The room was packed with civic tech leaders who are really pushing the envelope with applications that consume government data, including Noel Hidalgo from BetaNYC, Micah Sifry from Civic Hall/TechPresident and Dr. Amen Ra Mashariki, Chief Analytics Officer with the City of New York.

There was lively debate, and the audience peppered us with questions on data standards, supporting government agencies in opening their data and sharing data and best practices between and among agencies, regardless of agency size or geographic location. One attendee asked how you decide, with so much data out there, what data to use and what to do with it. The resounding response was that’s why you open up your data in the first place: so that innovators can come up with ideas that ultimately benefit both government agencies and citizens. A vibrant discussion followed around how to make open data relevant and meaningful.

It is clear – based on the strong attendance and audience’s interest in creating and using technology to offer more citizen services and more transparent access to information – that there’s a huge opportunity ahead of us. New York City is going to play a critical role in leading the way in transparency and open data, and amidst all the excitement the Twitter hashtag #BetOnNewYork was born. I challenge those of you in New York to join the conversation by sharing your use cases and ideas to keep the momentum going.

We’ll be holding more of these events throughout the year, so please share your thoughts on how you would improve your city services through civic technology or your ideas for data standards you’d like to see established in the comments below.