The Case for Modernizing the Alcohol and Marijuana Licensing Process 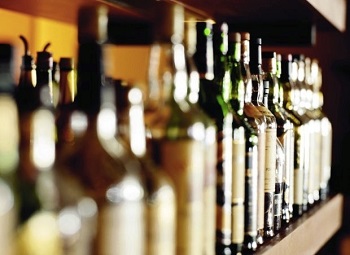 Licensing is an intricate process, and for good reason — it is incumbent on governments to protect their communities, and they need a lot of information to make an accurate assessment of regulated businesses.

What they don’t need, though, is all the paper pushing and managing data across multiple systems. Having worked in government myself, I know that regulatory restrictions make change difficult. But while cumbersome methods may work okay for awhile, even a small shift in balance (new regulation, new responsibilities, new requirements) can quickly topple any tentative stability. Things work, until suddenly they don’t.

For example, take a look at three real-world scenarios below:

After wrestling with four different systems to manage applications, renewals, and citations across 67 different counties, the State of Alabama’s Alcoholic Beverage Control (ABC) Board began searching for a consolidated licensing regulatory system – but had limited funding and infrastructure to manage the new solution.

When a referendum allowed supermarkets, convenience stores and big-box retailers to start selling wine, the State of Tennessee’s Alcoholic Beverage Commission knew that its paper-based processes could not keep up with the spike of new business.

And when Colorado legalized recreational marijuana in 2012, the City and County of Denver was suddenly in the nation’s spotlight as it built a first-of-its-kind regulatory program while dealing with an unprecedented influx of new applications.

What all of these have in common is the need to do more with less, and innovative technology was the solution.

Let’s take a closer look at Denver to see how the City and County was quickly able to get a handle on this brave, new world of marijuana licensing. Denver’s Department of Excise and Licenses (DEL) had already successfully enhanced alcohol and other licensing processes in 2009 by transitioning an outdated and cumbersome Microsoft Access database, spreadsheets and Post-it Notes to a convenient, automated online system.

With the right technology and practices in place, DEL was able to quickly extend its existing alcohol licensing functionality to quickly handle the responsibilities of medical and recreational marijuana licensing. Office visits and waiting periods were dramatically reduced, and the media will soon be able to self-direct inquiries to a public open data portal.

legalization in place. Whatever your opinion about recreational marijuana, one can’t deny the economic benefits that came with its legalization. Denver saw a significant spike in tourism, housing and other industries. In 2014 alone, the municipality received $50 million in new revenue.

Paving the way for new business and economic growth

Alcohol and marijuana licensing is a complex arena with, rightfully, many regulatory components – but technology exists to make it easier. Ultimately, Alabama successfully consolidated its four systems into a single, cost-effective solution – and avoided costly hardware purchases by opting to place its data in the cloud. Tennessee is adopting a 24/7 self-service online portal to handle new applications, streamlining processes in the office at the same time.

Like Alabama, Tennessee and Denver, many states have opened themselves up for new business and economic growth in their regions – all while reinforcing their credibility and improving customer satisfaction through the use of technology.

If you weren’t at Accela Engage this past August, you can catch Denver’s story again – they led a fantastic and informative webinar on the topic with our friends over at Governing last month. You can watch the recording here.