Civic Innovation in the Triangle 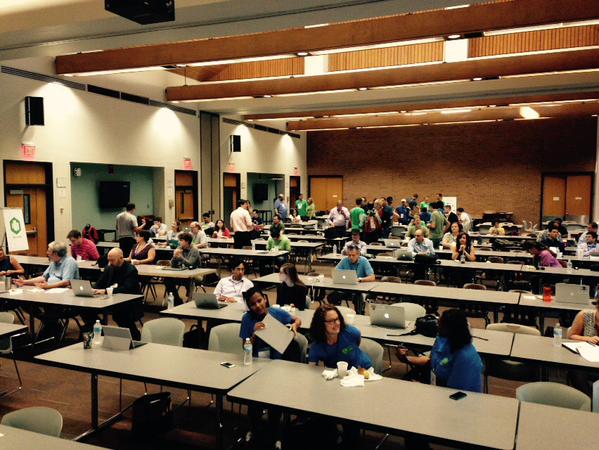 This past weekend, a CityCamp unconference and hackathon were held in the Research Triangle area of North Carolina.

Long known as a home for technology innovators, the area has hosted a CityCamp event for the last five years, and the event is now marketed statewide. I had the privilege to present as a keynote speaker at this year’s event and to attend the weekend hackathon.

CityCamp NC is an “unconference,” where attendees collaboratively decide on the agenda for the event in a brainstorming session that takes place shortly after the event begins. CityCamp NC was also complemented by some planned sessions run by APPCityLife (an Accela Development partner) and Girl Develop It. 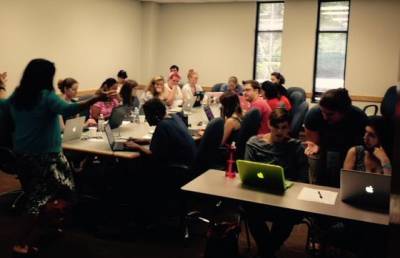 A full house at Girl Develop It RDU’s training session at CityCamp NC.

In addition, a panel discussion kicked off the event where innovative uses of geospatial data by municipal governments in the state were showcased. Accela customer Charlotte, North Carolina, discussed their use of an application called CityGram, which provides personalized notifications to city residents based around land use and development, rezonings, accidents and delays, and other categories of city activity.

Originally built by a team of fellows from Code for America, CityGram has been adopted in several different cities across the country. The Charlotte version is powered by data that is hosted on the Accela open data platform, CivicData.

The weekend hackathon was attended by dozens of local innovators, and had a surprisingly strong turnout from young people. In fact, the winner of the hackathon was a 10 year old who worked with his father to develop an historical mapping application.

The State of North Carolina in general, and the Triangle area in particular, has a strong tradition of civic innovation that can serve as a model for other regions. Accela is proud to serve customers in the Tar Heel State and to have been able to participate and support CityCamp NC.

Here’s looking forward to next year!