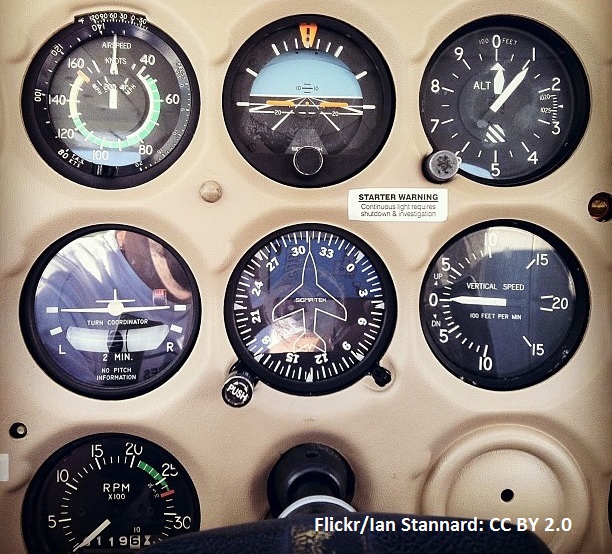 The below is a reprint of my guest post on the Civicist blog earlier this year. You can find the original post here.

One of the realities of being a chief data officer is that your day is often filled with meetings where you are the least popular person in the room.

Working with government agencies to release data — particularly if agencies are new to the open data process, or if the data in question has not been released before — can be challenging. Releasing open data can invite scrutiny of agency operations from the public and the media. Agencies may view releasing open data as falling outside of their core mission, particularly if their plate is already full and there is little or no funding to support the work that needs to be done to make data available.

Working with agencies to release data can be a lonely job.

But chief data officers are not the only ones working with agencies to release data that they may be disinclined to make available. Governments that have a PerformanceStat program (often called CitiStat or StateStat) may also face the challenge of collecting data from agencies so that they can evaluate their performance and ask questions about how they might fulfill their missions more effectively.

The data collection duties of a PerformanceStat staffer can mirror that of a chief data officer in many ways. In my experience, however, there is often little collaboration and cooperation among these two functions. Much the same way that governments typically operate their FOIA process, these two data-centric functions happen in their own silos with little strategic connection between the two.

TWO IS THE LONELIEST NUMBER

“For the PerformanceStat strategy to produce meaningful results, it needs a few analytical people working on it full-time to understand — through the use of data — what kind of results are really being produced.”

For much of my time as Philadelphia’s chief data officer, my office was right next door to a woman who worked as part of the team supporting the city’s PhillyStat program. I observed that much of her time was spent asking different city agencies to provide updated information in preparation for an upcoming PhillyStat meeting, where senior management would review and evaluate the data with the agency.

I was also on the receiving end of requests for information, when it was time for the agency I worked for to prepare for its own PhillyStat meeting. This usually boiled down to providing statistics on how many new datasets had been released as part of the city’s open data efforts. There was very little inquiry into the kinds of data that we had released, the quality of that data, or how highly demanded that data had been.

But the two of us, my office neighbor and I, never discussed how our efforts to work with agencies to release different kinds of data could complement and support each other. We never really got a chance to talk about how we were both working toward the same overarching goal — to get agencies to use data to do their jobs more effectively.

I look back on this experience as an enormous missed opportunity.

There are four things anyone working in a CitiStat or StateStat program should know about open data.

Data transparency can help drive data quality. When there are many eyes on a specific dataset, and multiple users accessing it, any inconsistencies or issues with the data get surfaced quickly for discussion. See this thread on the City of Philadelphia’s open data forum for an example of how this works in practice. One of the best remedies for dirty data is transparency.

When data is open it obviates the need for special relationships or political clout to obtain it. Anyone and everyone can see what data is available for use, so few resources are spent hunting around for data and connecting with data owners.

As noted in a 2013 data analytics report from the City of New York, aggregating cross-agency data is often first a political, legal, and cultural discussion (rather than a technical one). Whether created by statute, executive order or some other vehicle, open data directives send a clear message to the bureaucracy that data sharing is not only beneficial, but expected.

CitiStat officials can dramatically improve their interactions with agencies by supplementing the data they provide with additional sources that provide insight into agency operations. For example, when reviewing the agency that issues building permits in a jurisdiction, wouldn’t it be nice to know if some of those applicants had been tax delinquent?

Finding the Truth in the Data

Should that 311 service request actually have been closed out, or does the issue still exist? Did refuse collection happen in a specific neighborhood as scheduled? Is that plot of vacant land actually being used for something? Are the trains really running on time?

These are all important questions — essential to determining if an agency is fulfilling its mission and meeting its performance objectives. But they are all questions that CitiStat officials could use the community’s help in answering accurately and completely. Despite what the data may say, there are cases where the real truth is on the ground. And sometimes the only way to get that truth is by leveraging the community.

Communities can only converge and grow around data that is open.

Open Data as a Foundation for Better Engagement

At the beginning of my career in government, I worked for the New York State Senate. On my first trip to Albany, I got a tour of the Senate Chamber and a story about how work really got done in that chamber.

At the back of the Senate chamber are large fireplaces, no longer used, but large enough to suggest that they were used to heat the entire cavernous room at one time. My tour guide that day, a staffer who had been in Albany for many years, told me the story of how senators who wanted to have a conversation away from prying ears would duck into one of the fireplaces and do their horse trading.

It made me think of all of the people in the Senate gallery — groups that are paraded in each day to watch the Senate at work — and how none of them were seeing the real business of government because they couldn’t see (or hear) into the Senate’s large, ornate fireplaces. 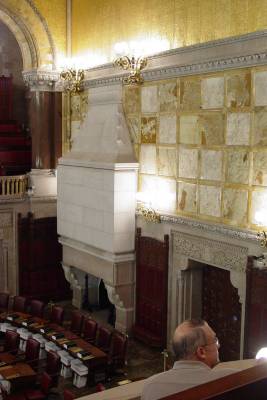 As data increasingly becomes the foundation on which governments make decisions, we have an opportunity to bring unprecedented transparency to the governance process and engage citizens in a way we never could before.

CitiStat and other performance management programs are about using data to make better decisions in how government agencies operate. These operations inevitably come down to allocating finite resources between competing needs to (hopefully) make the biggest impact.

Which streets get plowed first? Which neighborhoods get more expansive police patrols? Which schools get closed first? Where will a new stadium be built?

Data-driven decision-making can help governments find the most equitable and efficient answer to these difficult questions. Making the data behind these decisions open is the key to a more engaged and informed citizenry.