Jesus Yamaguchi remembers the stacks of work orders. They filled up drawers, piled up on desks and made small mounds on the office floor.

As El Paso Texas’ solid waste operations manager Yamaguchi said the work orders were part of an enormous service backlog for a vast number of waste bins. El Paso is a city of more than 680,000 residents and Yamaguchi and his eight-person field crew had to handle all requests tied to waste bin distribution and maintenance.

“I had more than 5,000 work orders, and these were not current work orders, these were backlogged,” Yamaguchi said. “Back then it was taking you from six to eight months to get any type of service, whether you needed a new bin, a lid, or something exchanged. It was inefficient and it was pretty bad.” 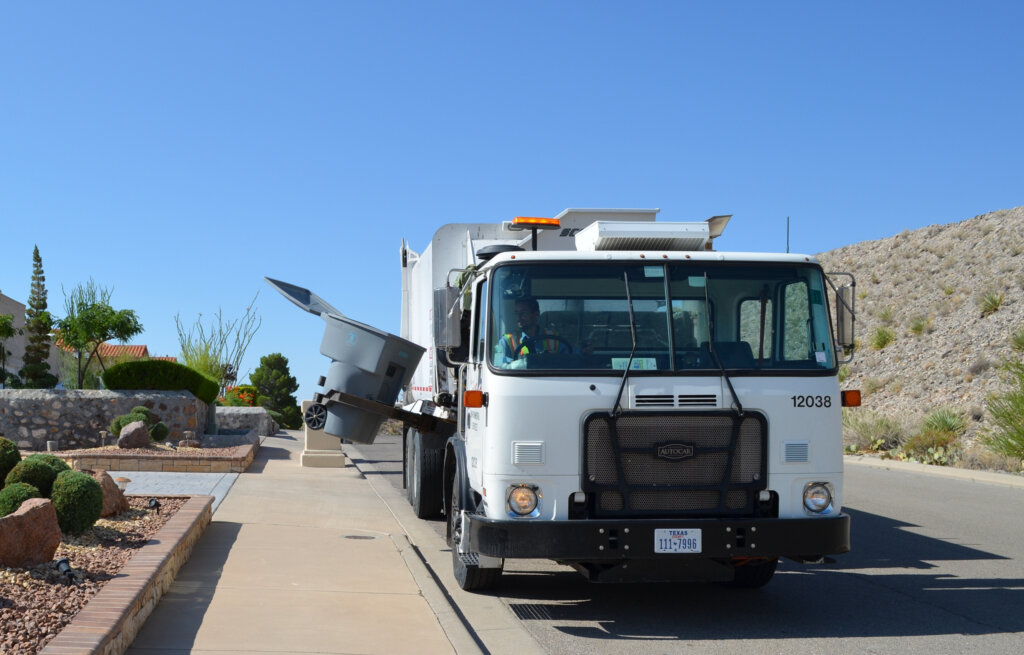 Each day El Paso’s 311 Service Center sent a steady stream of requests, most of which were paper forms, that had to be sent and routed by supervisors to the city’s field crew. When combined with data entry and route planning — a process that demanded staff to create a route by matching work order locations with a city map book, the process took three to four hours, and meanwhile, Yamaguchi said residents kept calling.

“We would get tons of customer emails and calls, and I would start at 7 a.m., and the battery on my phone would be dead by 8:30 a.m. because of the constant work order calls that kept it buzzing,” Yamaguchi said.

The sheer inefficiency of the paper process and the city’s ongoing battle with the mosquito-driven Zika Virus heightened the urgency to find a solution. El Paso is heavily invested in preventative measures to fight the virus that is responsible for serious birth defects, miscarriages, and nervous system disorders. These threats intensify when waste bins are left unattended and collect water to create breeding grounds for mosquitos.

As an Accela customer, El Paso partnered with Accela to respond to the challenges. Bunner and Yamaguchi said the city began improving service processes and brought the six-month response time down to 30 days. This time was reduced even further when Accela and its partner CityGovApp, introduced an iPhone mobile app that digitized work order requests and automated route planning.

“Using Accela, we were able to take it from a 30-day process down to 40 minutes,” Bunner said. “We switched the paradigm … and we’re at 100 percent container delivery within seven days.”

The Accela solution allowed Yamaguchi’s team to save roughly four hours every day in planning, with the app routing teams where they needed to go instantaneously and enabling crews to service up to 100 bins as opposed to 12-15 previously. The crews can also send and receive real-time operations data in the field using a simple 64-gig iPhone 6S Plus. Reports are generated quickly and all duplicate requests are consolidated to avoid unnecessary reviews. As an added benefit, Yamaguchi said crews were able to discard office equipment since they were in the field most of the day, saving an additional $75,000 in office equipment in 2018.

“Now our crew is doing proactive work, we’re checking bins and fixing them even before residents call us.” Yamaguchi said. “Today my team is proud of what they have accomplished and really pleased with their progress.”