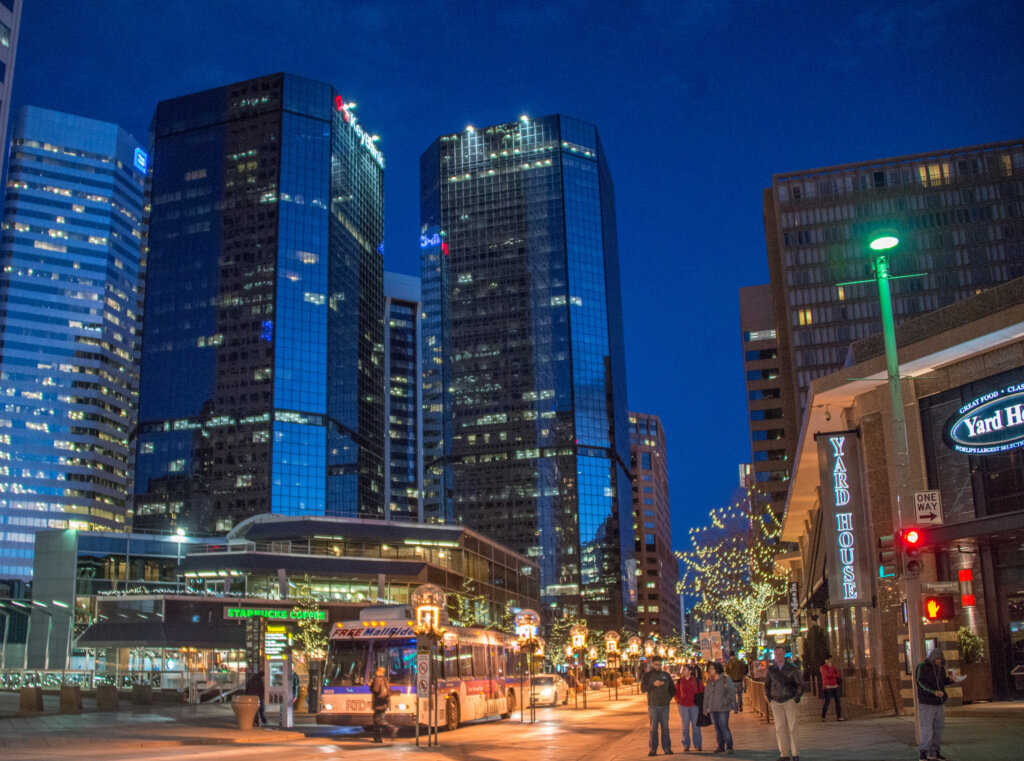 When the Department of Excise and Licenses (DEL) implemented the City’s Medical Marijuana Code in 2010, it was presented with a new, complex challenge: how to organize, access and manage a new licensure process with significant volumes and tight time­lines.

But it wasn’t until the legalization of recreational marijuana in 2012 that industry demands forced the City and County of Denver, along with other Colorado jurisdictions, to reexamine how it had been managing medical marijuana operations and how to combat greater challenges with managing recreational marijuana operations. Because the legislation was the first of its kind, DEL had no model agency to follow. “There were no best practices for us to look at in other jurisdictions or states to determine how people were handling marijuana licensing,” says Deputy Director Judy Steele, Department of Excise and Licenses for the City and County of Denver.

Seemingly overnight, DEL experienced a dramatic increase in physical records and documents. Customers wanted to apply for licenses, but the infrastructure wasn’t available within DEL to handle the requests. Call volume and requests for information from prospective business owners, government administrators from other jurisdictions and the media increased substantially. Everyone wanted to know how Denver would manage the proliferation of regulation activity for this growing industry and how the city and county would be impacted.

As requests grew exponentially, the average time to fulfill them grew as well, making it difficult to provide information in a timely manner. The onslaught of new marijuana applications overtook day-to-day operations for all other types of businesses and DEL began to fall short of the Mayor’s standards for improved Customer Response Guidelines, a key priority instituted

in 2011. Compounding these issues is the conflict of licensing a product that is considered a controlled substance and, therefore, illegal at the federal level. Because banks are federally insured, they are not willing to offer services to known marijuana establishments.

Processing payments for licenses is an enormous challenge. Judy explains, “Business applicants come into our office with a paper box filled with cash and their forms to apply for their license.”

How Accela empowered the city and county of Denver

As an Accela customer since 2009, DEL had already automated licensing processes for alcohol and other regulatory activities within the city and County, so it made sense to

collaborate with Accela and partner TruePoint Solutions to extend its licensing solution on the Accela Civic Platform for marijuana licensing. Together, the group modeled much of the

The Accela solution had to track everything from general workflow and ownership to growers and even THC chemical extraction processes used by manufacturers to create marijuana-related products like lotions, edibles and drinks. Such a vast array of end uses added complexity to Denver’s solution with food safety concerns and laboratory inspections.

“We’ve had to figure out these different types of uses and what should be inspected,” shares Director Brad Buchanan, Denver Department of Community Planning and Development. “It has been a real adventure and challenge. We’ve gotten our arms around all of the issues that have come up and we’re moving forward pretty positively.”

Now instead of manually managing communications and timelines with spreadsheets and post-it notes, everything is done automatically, which saves immeasurable time and enables staff to focus on customers instead of clerical tasks.

Likewise, the solution streamlines the marijuana licensing process by centralizing all information in a single system — versus separate databases and applications — delivering faster and more accurate reporting. The Department can now quickly and confidently handle inquiries from the City Council, the Mayor’s Office, other agencies and curious media sources regarding the number of applications issued, how many are outstanding and the various types of licenses issued by each council district.

Data sharing is another essential feature that has improved transparency and efficiency. Accela’s platform has allowed the department to open its records to other departments and agencies, whose staff can now access DEL data and create their own reports. For example, the city Attorneys Office and the Denver Police Department, both of which work closely with DEL regarding marijuana-related issues, no longer have to visit the department to view paper files. Now, they instantly access and view the electronic records, saving countless hours for both them and the Department Clerks who would otherwise need to pull paper files to answer their questions.

“I’m just extremely excited about the Accela Civic Platform,” shares Judy. “It has a lot of functionality and it’s very robust; it’s so much better than anything that we’ve ever had before. Within your workflow, you can tell where things are and how you’re progressing through the application.”

“The ability to make changes on the fly, such as transferring ownership from one business owner to another, or from one agency to another, helps us work smarter,” she says.

Working smarter in this rapidly developing environment is essential, as the rise of the legalized retail marijuana industry has occurred alongside growth in other industries as well. The housing market, for example, has skyrocketed as more people have moved to the area.

Similarly, significant increases are being seen in both related and unrelated industries that are helping to improve jobs, tourism and real estate values. In 2014 alone, the municipality saw $50 million in new revenue. And with the dramatic rise in marijuana dispensaries — zero in 2008 to 900 by 2010 — Accela is proving to be a trusted partner to DEL for efficiently managing the widespread economic growth.

For example, the Department had previously supported its various permits and licenses, including those for alcohol, with little more than a Microsoft Access database. “The employees referred to it as production; it was a legacy system,” shares Judy. “It wasn’t very robust, so we didn’t have the ability to track inspections, and it was outdated to the point that it couldn’t be supported well going forward.”

After implementing the Accela solution, DEL was able to automate many of its permitting and licensing processes, and share data and files across city, County and State departments.

“We have a couple of record types in our Accela database that allow us to have touchpoints with other agencies in the city,” she says. “So we might start the application process for a certain record type, and then another agency will work a portion of it and then we’ll issue a license at the end. That has been a huge win for us.”

In fact, it now uses Accela to manage, track and scan more than 100 different record types. As a result, the Department’s average time to complete an application or request has dropped from weeks to days, and this has occurred while application volumes were rising tenfold.

The increased efficiency dovetails perfectly with the recent economic boom, as the city and County of Denver can now seamlessly facilitate municipal development and growth by more easily managing soaring permitting volumes.

After initially struggling to coordinate a new licensure process, DEL has implemented a successful cross-agency strategy for managing legalized marijuana permits. By efficiently sharing application information online, staff can save time and respond twice as fast to public record requests and myriad new applications, compared to when it first began accepting retail marijuana applications in 2013.

What’s more, earlier updates made by the department using Accela that streamlined how it processed other permits and licenses helped the jurisdiction support unexpected economic growth a few years later – an unanticipated byproduct of marijuana legalization – as it simultaneously implemented a new licensure process.

Looking ahead, DEL has estimated conservative cost savings of $3.5 million over five years by using Accela to automate, streamline and speed up its various licensing processes. Judy is looking forward to moving to online transactions in the fall of 2015, when they will enable Accela Mobile Office.

“I’m really looking forward to the ability for inspectors to be able to result their inspections in real time.”

Another positive, yet unintentional, outcome of DEL’s work with Accela is that the city and County of Denver and State of Colorado have set the framework for other states in terms of legislation, record keeping and retention obligations.