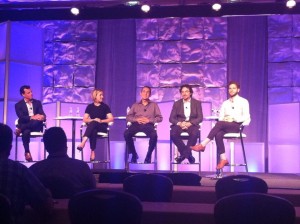 By Ashley Meyers, Development and Engagement Manager, Code for America

A year ago, when I first met Maury Blackman, CEO of Accela, and Kris Trujillo, then senior software architect (since promoted to Director of Software Development), we spoke about support for the 2013 Oakland Fellowship project. Little did I know that Accela would become a generous corporate sponsor of our 2013 programs and a partner on open data and data standards.

Thanks to funding from Accela and other local match partners — including the Akonadi Foundation, the Kapor Center for Social Impact, the Donner Foundation, and Pandora — the three Oakland Fellows have thrived. Team members Richa Agarwal, Sheila Dugan and Cris Cristina now have a website in testing to streamline and open up the FOIA public record request process for the city. They’ve collaborated closely with the very active OpenOakland CfA Brigade, including hosting a write-a-thon for Oakland Answers on the National Day of Civic Hacking in early June.

The partnership with Accela is broader than just support for the Oakland Fellowship, though. The company sponsored our 2012 Summit, co-hosted the San Francisco hackathon for February’s Code Across America event, and invited Mick Thompson, our Engineer-in-Residence, to share CfA’s story and connect with their community at the Accela Developer Conference in March.

Kris and the Accela team have come on board as strong partners for open data and data standards, and are working to make publishing standardized data easy for their municipal agency customers. Yesterday CfA Government Partnerships Manager Jack Madans joined a panel at the Accela Engage: 2013 User Conference in San Diego, sharing updates about CfA’s civic innovation work and the LIVES restaurant inspection data and HouseFacts residential building data standards. Open data was such a hot topic at the event that Kris Trujillo led a standing-room-only session on Monday. 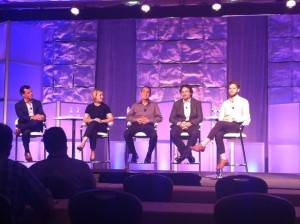 Civic Insight, one of the three civic start-ups that launched out of our 2012 Fellowship, has been working with Accela on a partnership that would make their product available to Accela client cities across the country. The Civic Insight team was down in San Diego along with Jack this week, where the conference attendees got to spend an evening at the San Diego Zoo. I had some FOMO at Alex Pandel‘s Instagram shots of baby flamingos (see below). 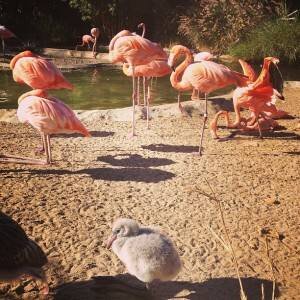 Flamingo sighting on Monday evening at the San Diego Zoo

I’d be remiss not to note that that Kris Trujillo is a civic hacker in his personal time, too – an active member of our Brigade community who helps lead the Open Salt Lake City meetup.

We’re immensely grateful for Accela’s sponsorship of Code for America and our programs this year. They are helping to make CfA’s work possible – and collaborating to support open data and data standards. Thank you!