Guest Blog from Appallicious: Open Gov on the Move in 2014

Editor’s Note: Yo Yoshida is the CEO and co-founder of the San Francisco civic start-up, Appallicious.

The beginning of 2014 has proved to be a busy one for both Appallicious, and the entire open data movement.

To say a lot is going on would be an understatement.

Next week, I’ll be participating in Accela’s annual Partner and Developer Conference to discuss how our company and other civic startups are improving communication between citizens, businesses and government agencies. Accela is one of the leading civic engagement platform providers — we are thrilled to have been invited up to Tahoe for the event. Last year it was announced that the California based company raised $40 million. We are excited to learn from other leaders in the space and share what we are gearing up to launch.

I’ll join a panel of open data advocates from Accela, OpenCounter and BuildingEye. OpenCounter helps entrepreneurs get their businesses up and running by providing an online interface to the permitting process at City Hall. BuildingEye visualizes planning and building permit data to allow residents to see what projects are being planned in their backyard.

Earlier this week, I sat down with Christina Gagnier from TechWire to discuss what’s needed for companies like Appallicious and other civic startups to thrive in this growing industry. Speaking of something that will help — for almost two years (ever since we launched the SF Rec and Park app), I have been encouraging the City of San Francisco to hire a Chief Data Officer (CDO). 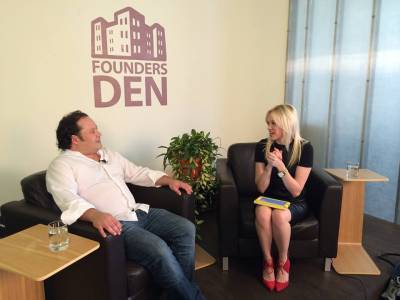 This would be a game changer for us. By working with multiple departments and city agencies, the CDO will help release and improve massive amounts of government data that the public has yet been able to access.

Christina and I also chatted about a GovTech advisory group Appallicious has helped pull together for the State of California. This newly formed group has been formulating the best engagement strategies for increasing technology and innovation in Sacramento. Even though, California should be at the forefront of the open data movement, unfortunately, it’s lagging behind. 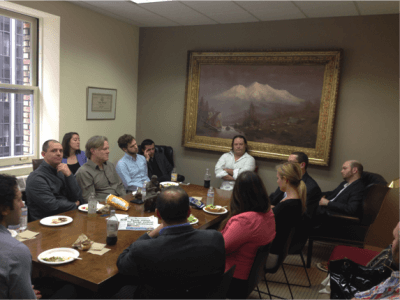 Last week, Connecticut Governor Dannel Malloy signed Executive Order No. 39, which creates an open data portal. The order instructs widespread amounts of raw government data to be collected, placed online and available to the public. According to Governor Malloy, “Sharing data collected by state government will help to break down silos within government, make data more easily available for analysis by researchers and entrepreneurs, and in turn help spur economic growth and creative new policy.”

We’re also seeing more and more cities taking a lead on open data efforts. Earlier this month, the City of Chicago released its first Open Data Report, laying out the goals of the city for 2014. This included the use of text mining to better identify data sets that are frequently requested, and the creation of an Open Data Status blog, which will keep Chicago residents better informed on changes and updates to the city’s open data portal. The city also plans on releasing 25 more data sets by the end of the year.

The U.S. isn’t the only place where open data efforts are taking hold. Across the pond, the UK Government just announced a £1.5 million initiative to help make more government data accessible to citizens. The money will not only help government organizations release their data, but also help to create a “culture change” within the government to increase the availability of public data. And in Brazil, the city that gave us Participatory Budgeting, Porto Alegre, made open data law last week!

While it’s been great talking (and writing) about the open government movement, I am much more excited to see action, especially in my home state. Many of our elected officials have taken a lead on this issue, and I hope more will follow suit. There’s a lot of work to be done in 2014 and new products to launch. Stay tuned!