Startup in a Day: Have You Accepted the Challenge? 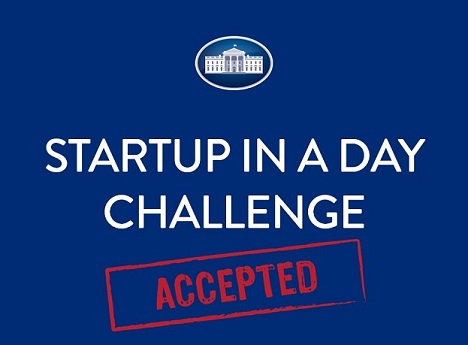 Earlier this week, we hosted a webinar on the national Startup in a Day initiative. The White House is working with the National League of Cities, and has challenged governments across the country to reduce the new business licensing and permitting process to less than a day. As of last week, 71 cities and Native American reservations have taken up the challenge.

I was joined by Clarence Anthony, Executive Director of the National League of Cities and former mayor of South Bay, Florida, and Peter Koht, who previously focused on small business support with the Economic Development Department in Santa Cruz, California, which inspired him to cofound OpenCounter.

We’ve teamed up with OpenCounter to offer a solution that meets the needs of this national call to arms by making it easier for cities of all sizes to support new businesses. In fact, the City of Palo Alto launched OpenCounter’s business registration service on the Accela Civic Platform earlier this year.

During the webinar, we shared how Cities can respond to the President’s Startup in a Day challenge with modern permitting and licensing technology that engages citizens, cuts red tape and spurs economic development.

Are you ready to take the pledge?