Encompassing 858 square miles on the gulf coast of Florida lies the County of Charlotte. Established in 1921, the County was named for the Bay of Charlotte Harbor. The region boasts excellent weather, beaches and outdoor recreational activities enticing residents and visitors to its serine coastal communities, which includes Punta Gorda, Charlotte’s only city.

With its unique geography, Charlotte’s Community Development Department is challenged with a variety of environmental issues such as flood plain and hurricane prone areas. The County leverages Accela Planning and Building to tackle these challenges head on.

In addition to the Community Development Department, the County’s Public Works, Public Safety and Utilities Departments also leverage Accela solutions to better the services they deliver their citizens. And the agency is achieving much success with streamlined processes, higher transparency, and faster delivery, making Charlotte County a place people want to do business.

A Storm that Brought Winds of Change

Prior to Accela, the County utilized a legacy system that was no more than an access database. The system didn’t have a way for Charlotte to automate their processes or defined workflows.

The impact of not having an integrated technology system came to a head when the County was impacted by Hurricane Charley in 2004, a category four hurricane. They were forced to assess coastal damage from the storm with old technology and manual processes. There was also no verification of information, which contributed to corrupt data within their system, and no way of pulling reports or visualizing data using maps. That’s when the agency decided things had to change.

Accela offered Charlotte something new and modern that met their needs and overcame many of the challenges they were facing. Fortunately, the technology also helped prepare the agency going forward for some of the same obstacles they had experienced in 2004.

On the morning of September 10, 2017, Hurricane Irma hit land, ripping off roofs, flooding coastal cities, and amassing $50 billion in damages. However, this time Charlotte County had a plan and the right technology to support them. Within 24 hours the County had a team assessing damages from the storm using the Accela Code Officer mobile application. They were able to get real-time access to damage data to get the appropriate funds from FEMA as quickly and efficiently as possible, speeding the recovery efforts within their community.

Today, Charlotte County has not only recovered from the storm, they are thriving.

The County has been able to attract new developments such as Babcock Ranch, the first solar-powered city in the United States. The community will consist of 19,000 single-family homes and six million feet of commercial space. In the past three years, the development has gone from agricultural land to a bustling town with restaurants, office space, medical and fitness facilities, and over 300 homes already occupied.

For this particular development, Charlotte leveraged Accela’s Planning and Building solutions to make it easier for project owners to obtain land use entitlements and process permits faster. Now the agency can turnaround a permit for a single-family home within five to ten days, where it had previously taken 15 to 20 days using manual processes.

The County has even designed workflows specific to Babcock Ranch. Plus, with online access to planning and permitting, contractors have visibility into processes, can review changes to plans electronically, can schedule inspections and pay outstanding fees without ever visiting the office. As a result, office foot traffic has decreased by 30% to 40%. It has kept developers on time and on budget, while reducing the number of agency resources required for the project.

According to Claire Jubb, Community Development Director of Charlotte County, the agency’s ability to deliver timely services resulted in good outcomes for both the developer and agency. She noted, “Having a developer praise a building department is unusual.” But, project owners like those from Babcock Ranch have been extremely happy with Charlotte County.

Not only has Charlotte been able to attract new developments like Babcock Ranch, they have also used Accela Planning and Building to look back and enter historic petitions from the 1970s and 1980s into the system, making land parcel history accessible to the public. Florida has very broad FOIA rules and regulations, which require time and resources from the agency. Having this type of information available online means employees no longer have to fill their days responding to individual requests.

Implementing efficiencies like these within the back office have enabled the County to become more sustainable. They can provide a high level of service to customers with limited staff and resources. This is especially critical when dealing with a volatile industry that is constantly changing.

One example of this is the housing crash that occurred in America between 2007-2009. Charlotte, like many agencies across the U.S., had layoffs and the Department was running on a skeleton crew. However, as the market bounced back, the agencybegan to see increased permitting for additions and remodels, and then a revitalization of old developments that had been abandoned, followed by new construction. The agency was able to accommodate this new business with limited resources without struggle due to the efficiencies Accela technology provided them.

Taking the Lead in Community Development

The County has drastically improved their user experience and changed the way they do business. Now Charlotte County is a beacon as other agencies look to emulate the success they have accomplished. And the County’s efforts are not just being noticed by their peers. In May 2019, Charlotte was awarded several NACo Achievement Awards for their dedication to excellence and use of technology to build their community. Download Case Study 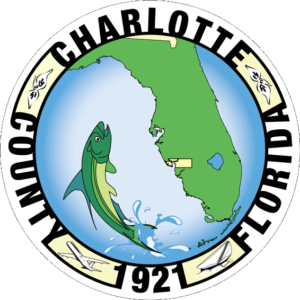 Ensure the safety of citizens through structural assessments and improve the delivery of service for obtaining land use entitlements and permits for community development projects.