Sacramento, California, Makes It Easier for Builders and Developers to Work with the City

California’s capital capitalizes on the benefits of web-based permitting

Sacramento, the capital and sixth-largest city of the State of California, is situated at the confluence of the Sacramento and American Rivers. Home to the Sacramento Kings, it serves as the shipping and rail center for the Sacramento Valley.

FROM PAPER TO REAL-TIME INSPECTIONS AND UPDATES

Despite the economic downturn, Sacramento continued to grow very rapidly, with new homes continuing to be built in the city as well as in several quickly expanding suburbs. The demand to change came from Sacramento’s citizens and builders. “Working with the City previous to the new computerized system… You didn’t know what might occur on a particular day,” shares Mark Abrahams, President of Abrahams Construction Company. You didn’t know when you might receive your permit. There seemed to be a lot of confusion between the different departments.”

“When I first started here, we were totally with paper,” remembers Maureen McAleer, Senior Systems Specialist with the City of Sacramento. “Everything was handwritten, handtyped and filed in file drawers that filled a room. We needed some common tool for everyone to talk to, and our choice was Accela.”

The City of Sacramento is thriving and has become the most buildable city of the eleven major West Coast cities. That growth, say City officials, is made possible thanks to the implementation of Accela software, which has allowed the City’s Development Services Department to shift from a paper-based system to a computerized system, improving communication between employees, citizens, builders and inspectors, who can now connect and review permits wirelessly while they’re in the field.

“It really does make our job easier when we roll up on the job because before we even get out of the truck we can see the history and we can see the corrections,” shares Doug Pierson, an Inspector with the City. “The instant we download it, we don’t have to wait until we get back to the office for the supervisor to look at the correction notice.” Adds William Thomas, Director of Development Services, “We’ve got communications occurring between field staff and their supervisors—and it’s happening in real time right from the field.”

Members of the building community took notice of the improvement in turnaround times. “When a correction is made in the field, that information is immediately conveyed to the department,” states John Nunan, President of Unger Construction Company, “and if our superintendent has a question about an inspection he can call down to the department, talk with somebody else and they have instant access to that information—unlike before where you had to wait two days to get that information. I can guarantee you it has, on any given project, saved us weeks in construction time just by the efficiencies we see from the City.”

Others in the community have also taken notice. “It’s all led to an environment of making us number one in customer service,” shares Thomas. “We’ve raised our department’s standing from dead last in the community three years ago to number one, and we intend to stay in the top bracket from some time to come.” 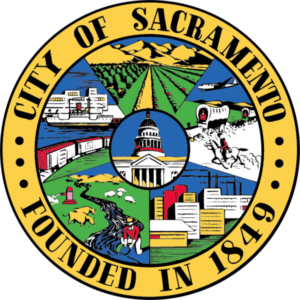